Zehn Mortalix wakes up after 2 years in a cryogenic sleep to find himself in a prison colony on the frozen world Tyrol, a planet that can barely sustain life. He doesn't know why he was sent to Tryol but soon realizes someone powerful wants him dead...

Make sure when you sit down to read this book that you give yourself ample time to finish it in one sitting or you may end up disappointed. This is the incredible true story of Zehn Mortalix.

Chances are this book has made its way into your hands from across the galaxy. There just may be even a slight chance that it comes from a galaxy that is not your own, which would make you extremely lucky.

This book has been on the Zendreon Times Best Selling list for ages, it has out sold every known book in the universe and today it has finally found its way into your hands! The book was most likely brought into your world by a halo jumper or a space craft with a faster than light speed drive often called an FTL drive.

If you are thinking that the only world that has intelligent life is your own, I pity your education.

The very reason this story has been told and is being sent out across the vastness of space is to tell the universe that your life matters. One person can make a difference.


Buy the eBook on Amazon 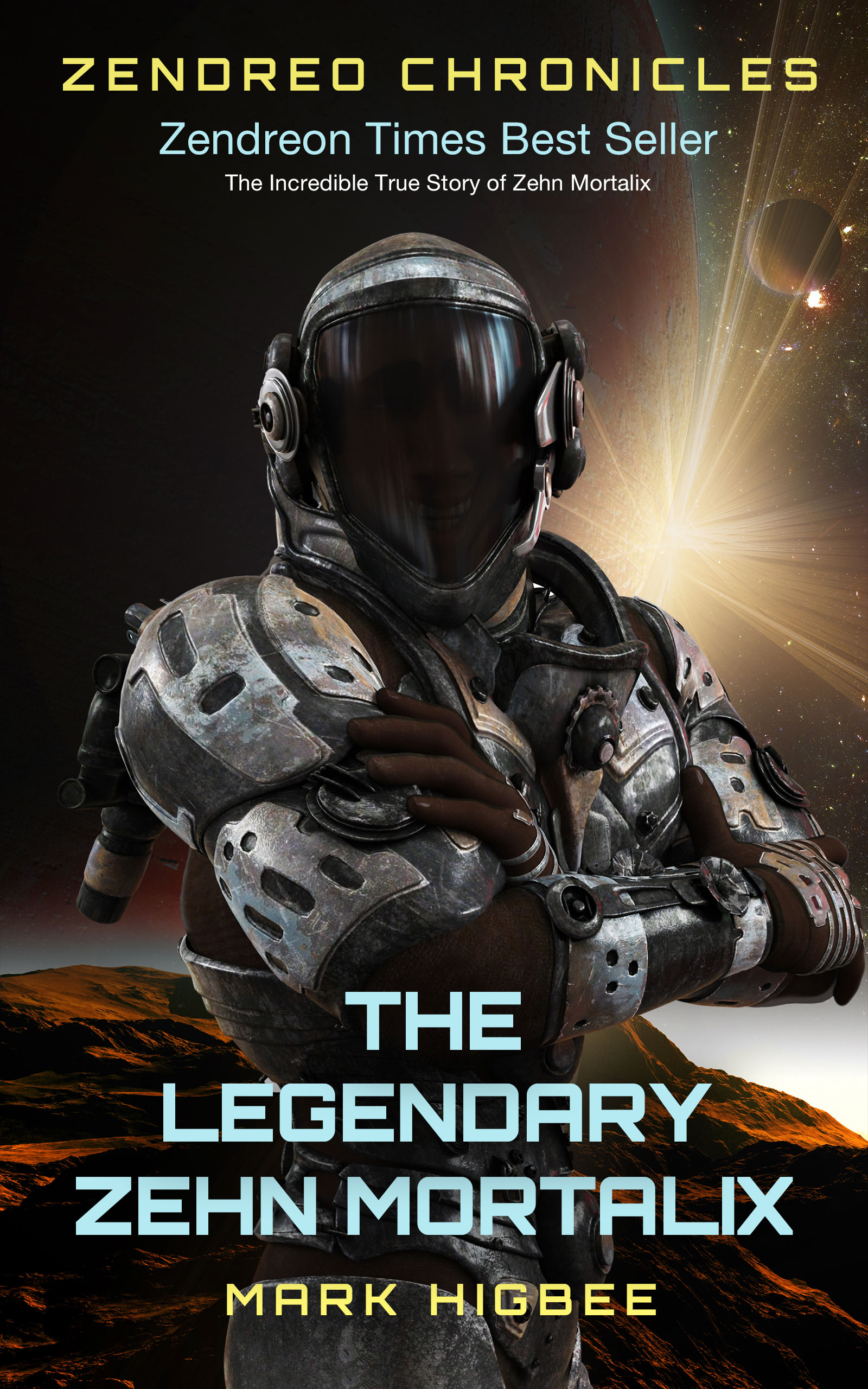 
I know what you’re thinking, big deal, you've never heard of the Zendreon Times and you don't know anyone who has. For your convenience we've included a dictionary to help you become more familiar with the strange names, places and technologies.

Zendreo Chronicles [zen-dreey-oh]
The chronicles contain true stories and histories of the most famous zendreons dating back thousands of years. Many of these stories have been written by AI and famous authors.

Andros Mountains [an-drose]
A rugged coastal mountain range that is home to the Great Zelecon Wildlife Refuge. The mountain range is also famous for the zelecon pine trees which are the tallest trees in the known galaxy. The coastal climate makes these mountains some of the greenest in the galaxy.

BR scanner
A bone repair scanner is a medical device that is used to repair bone fractures in a matter of minutes.

Deklious Space Port [deck-lee-us]
The space port is a large abandoned city floating on one of the oceans of Tyrol. The city has a space elevator that allows people and materials to be moved into orbit and transferred to waiting space ships.

E-chip or Enhancement chip
The E-chip is implanted at birth. The chip has a connection to the optic and auditory nerves and records all life events which can be accessed by the person like normal memories. Most people are so use to accessing the chip they can't tell the difference between the chip and memories stored in the brain. The memories can be transferred from the chip storage system and shared with others.

Ethos
Ethos is the second planet from it’s sun which is a red dwarf in the Eotheena [ee-oh-th-eena] solar system. The civilizations on Ethos are primitive. Ethos has a large moon that is almost one quarter the size of the planet it orbits.

H36
The element used to power reactors, with small amounts of H36 space ships can fold space and travel large distances at speeds faster than light.

Perthasol [pirth-ah-saul]
A Zendreon coastal city that is world famous for it’s pastries. Perthasol is located between the coast and the Andros Mountains.

Sar [Sahr]
A title given to royalty similar to a king on the planet Ethos by the Teramus civilization.

Sara [Sahrah]
A title given to the daughter of a Sar on the planet Ethos by the Teramus civilization. A sara is also known as a princess.

SGC
Supreme Galactic Council is the governing body of of more than 50 planets from more than 50 different star systems. Only worlds with a certain level of technology are allowed to join the SGC as full-fledged members. Primus is the most technologically advanced world in the known galaxy and home to the SGC.

Talen
Zendreon unit of measurement defining length or displacement. 1 talen is equivalent to 15 inches or 38 centimeters.

Tyrol
The second planet in the Tyrolia solar system with more H36 than any other known world. The frozen world is also home to the notorious Gellus Penal Colony.

Zefer
Zendreon unit of measurement defining weight 1 zefer is equivalent to 1.3 lbs or just over ½ a kilogram.

Zorok
A large predator animal similar to a bear.

I will email you the ebook version for FREE, all that I ask is you give a timely review on amazon.com.

Please Wait! While I send you the book that has out sold every known book in the galaxy!